It all started when I was only 6 months old.

My father was at the time a surgeon in the main hospital in Southend on Sea when he got a job as a surgeon in Tripoli, Libya (then the Jewel of North Africa). We are Coptic Egyptians so dad grew up in Egypt and Arabic was his native tongue, the same language used in Libya. Even on a consultant surgeon’s salary in the early 80s, it was impossible for us to afford to fly our whole family with our worldly possessions to North Africa. 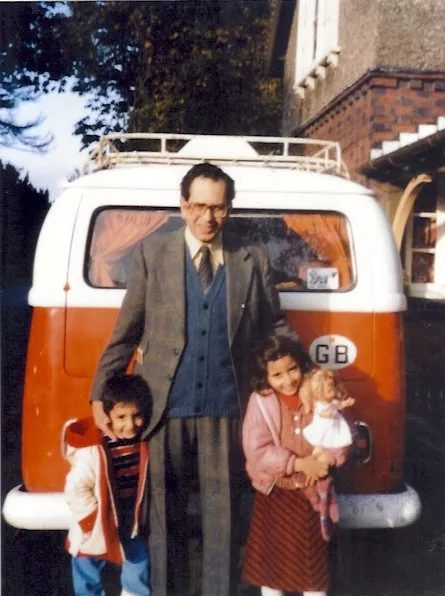 One day, on a walk down the beach in Southend, shortly after I was born, Dad found a Volkswagen T2 Bay window for sale! It was literally an answer to his prayers. He bought it for £1000 in 1980. Then he kitted it out with a custom made full-length roof rack and carried out all the necessary mechanical repairs to make the voyage to North Africa a reality. Dad then drove Mum, my gran, my sister and myself all the way to Tripoli and back to Southend several times, with all our worldly possessions strapped to the roof rack, via a car ferry from Genoa in Italy to Tunis. From Tunis, the capital of Tunisia, we drove south and then east onto Tripoli the capital of Libya.

This was the beginning of my lifelong love affair with Volkswagens, specifically my father’s Volkswagen, a Type 2 Campervan called “AZIZA”, (Aziza in Arabic means dearest one or most beloved). This love eventually led me to Jack's Garage in 2007. My older sister inherited our parent’s love of medicine and is now a consultant paediatrician, like our mother.
​
Jack's Garage was established in the early ’90s by a Kiwi gent called Grant. He and his wife decided to move back to New Zealand as their children were growing fast and they both felt New Zealand was by far a better place to be for their children’s future. And so in June of 2007, I purchased the business from Grant the Kiwi. I kept on as many staff as possible, one of whom is now the general manager of the entire operation, Vaidas, like “the Midas touch” – Vaidas has his own unique touch with all Volkswagens alike.
​ 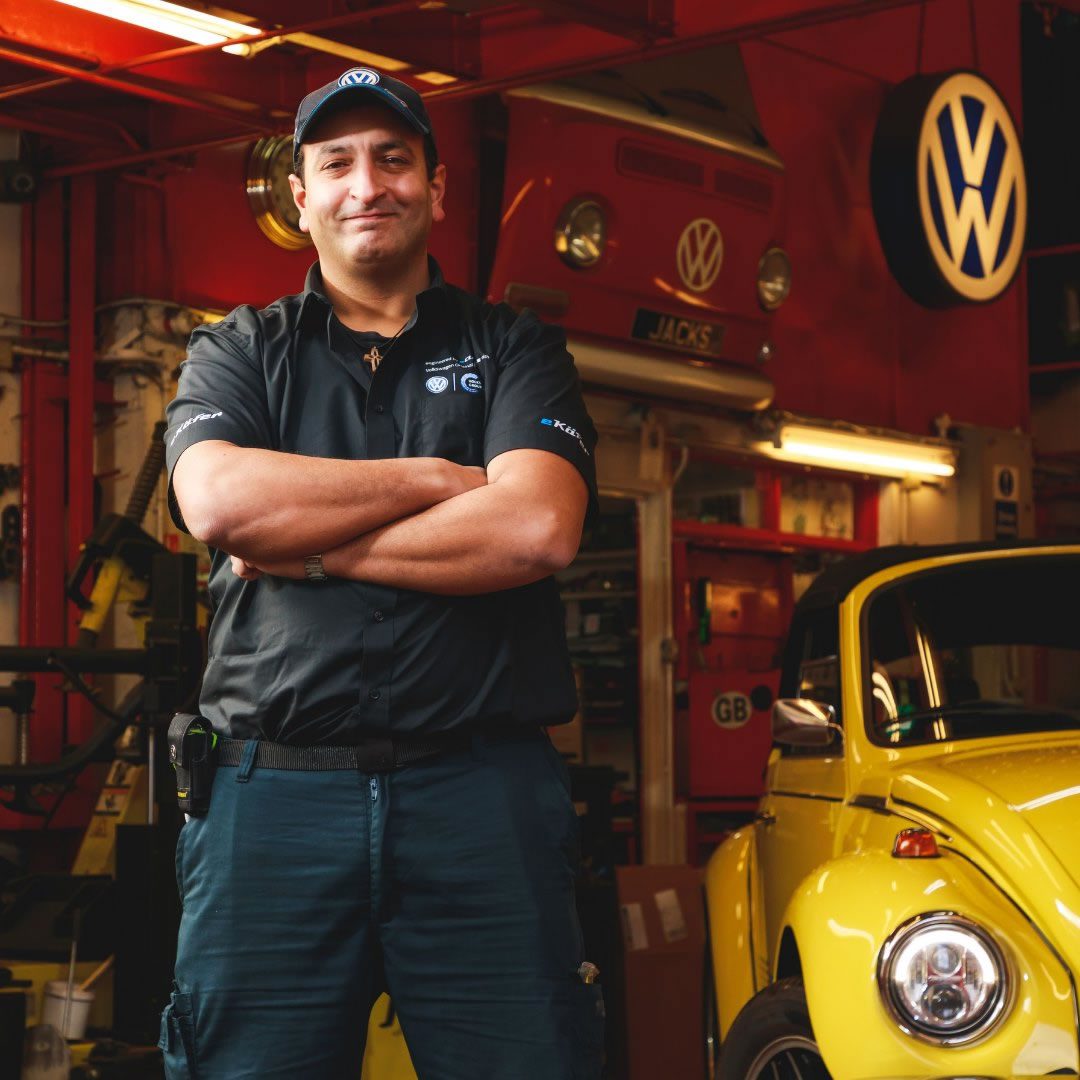 Fast forward 10 years, while we were preparing a celebration for our first decade as a team, in June 2017 we had to cancel the festivities, out of respect for those who sadly perished in the Grenfell Tower fire tragedy. The Times wrote an article about us, how we as a small business with such proximity to the Tower, were affected by the profound and unexpected fallout.

Electric vehicles and the conversion of classic Volkswagens into EVs (electric vehicles) – thus future-proofing these iconic vehicles – has been a passion of mine for some time. And so in early 2019 we finally managed to convert my first beetle Pugsley into an electric vehicle. This led me to eClassics in Stuttgart Germany which has been commissioned by Volkswagen themselves to build an EV conversion kit, utilising Volkswagen’s very latest EV components, direct from Volkswagen Group Components. After establishing a relationship with the wonderful people at eClassics Germany, we are now very proud and honoured to be the UK distributors of their EV conversion kits for Classic VWs. Sky news very kindly wrote an article about this newly formed relationship.

​Since then there have been several publications and websites that have written articles about our electric progress, some you can see posted on our home page, and here are a few more: Autocar December 19, Autocar February 2020, CAT Automotive Industry magazine.

Check if you've got a valid MOT, it takes no time at all...

Find out more about our Electric Vehicle Conversions at Jack's Garage

Enquire about your vehicle service with Jack's Garage

Websites for the motor industry from